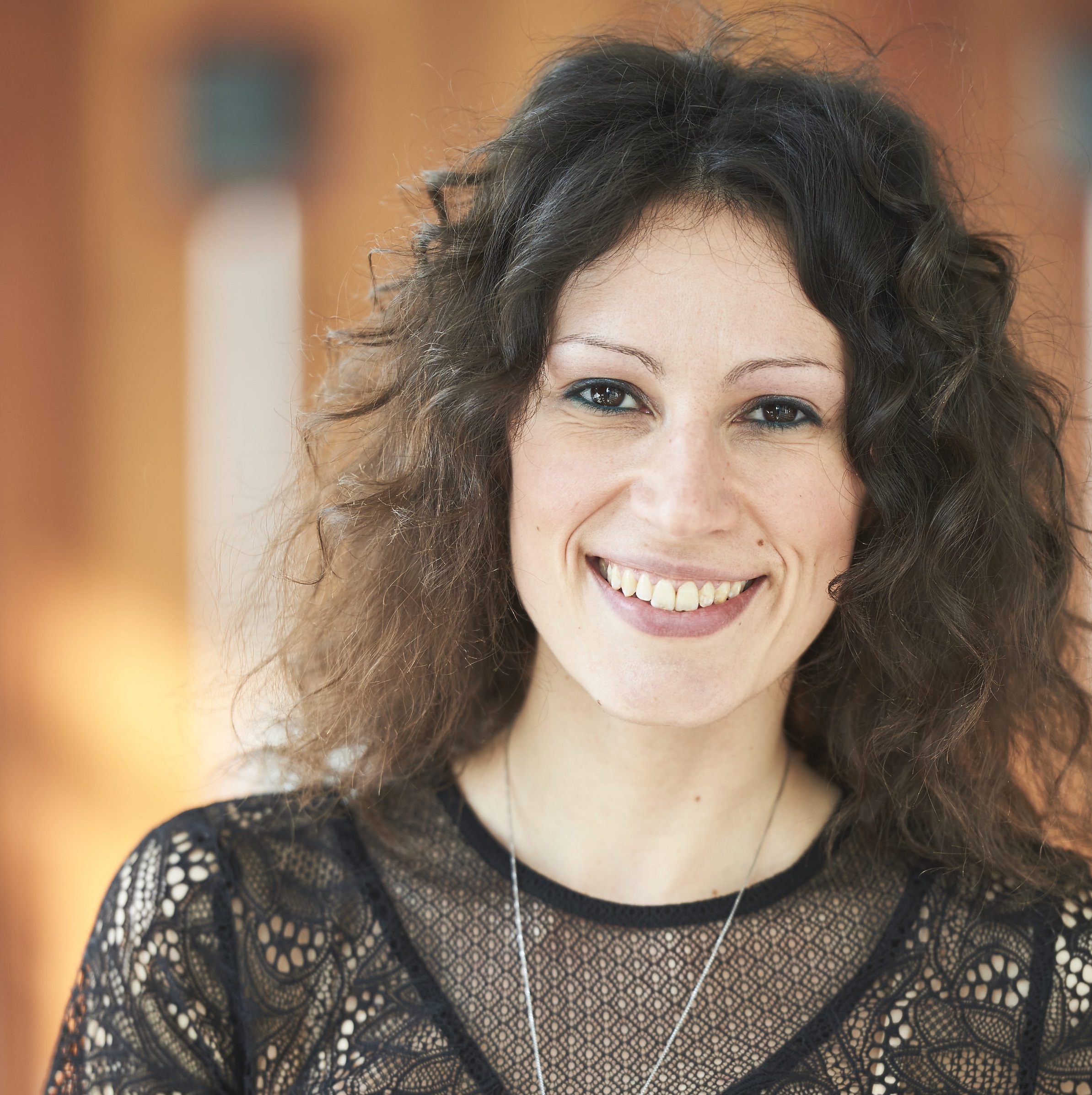 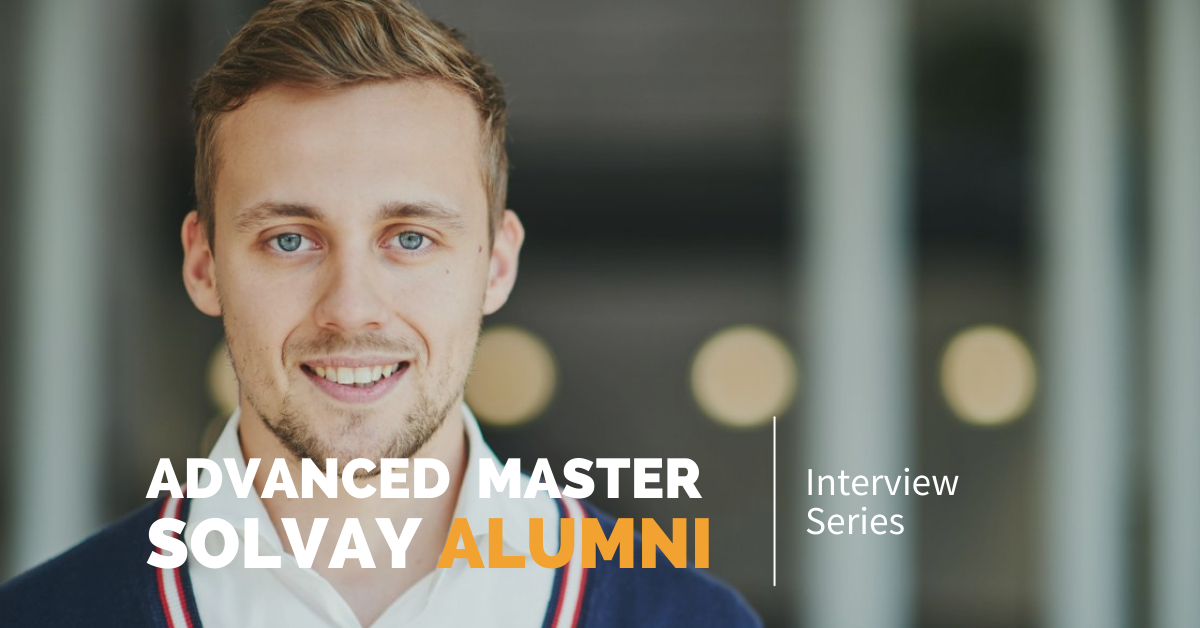 At Solvay Brussels School, we know that our Advanced Masters will take your career and personal life to the next level.

To answer this vast question, we have asked our alumni to share their experience with you. What are they doing now? How did the Master help them achieve their career and personal goals? What did they enjoy the most during their year at Solvay Brussels School?... 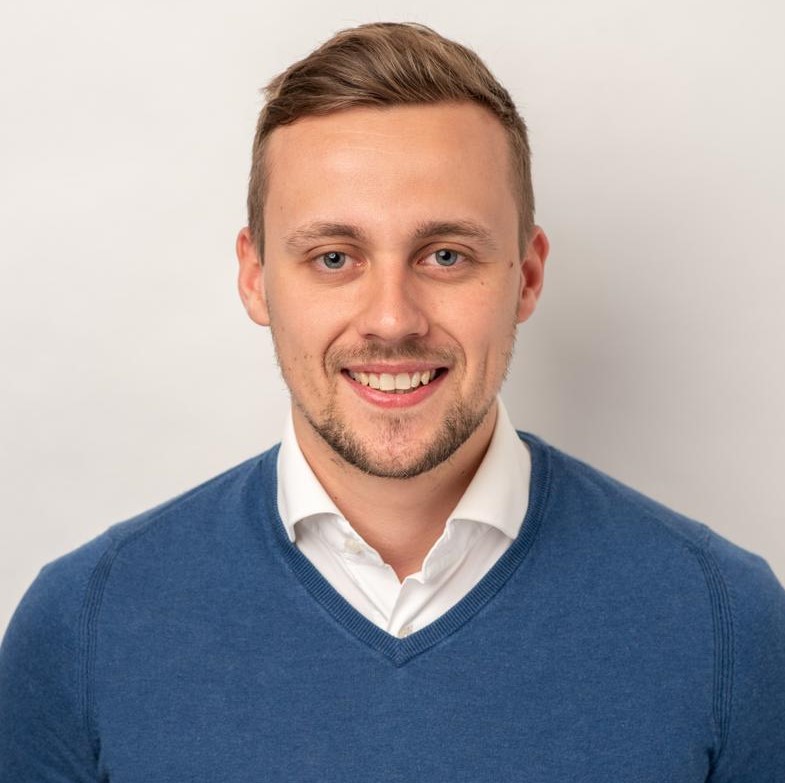 How did the Solvay Advanced Master help you achieve this position?

First of all, there’s numerous ways how but, I think that the Advanced Master really helped my career; to start my career being very humble, curious to learn and questioning why certain processes where set up the way they were. From the start, I always try to optimize things that people see as defaults… That was also through Solvay and the critical thinking that you learn there.

Something that we underestimate really is that, on many instances, we were already thinking as managers, in a way, because we had so many business cases that we solved with the professors, which are also professionals and industry leaders, in a way. So, this really helped me to get the bigger picture in mind, and it helped me to stand out from an early on in my career.

But, to be honest, Solvay is really what you make out of it. The programme provides you the tools and all these people to learn from obviously, but it’s up to the students to do the rest. So, if I can give a tip to the students: if you’re there, just get inspired, use this additional year to really work on yourself, know your values, and just grind it out, I mean, work hard and learn what you’re capable of.

What did you enjoy the most during your study at the Solvay Brussels School?

The whole year in general was quite nice but there is something that stood out is the group of classmates. You have a mix of international people, also from very different backgrounds, which makes it interesting because you’ve never met other types of students beside the student from your own education. So, it was a very nice dynamic. There are a lot of valuable friendships that are formed. Even now, I still hear a lot from those people.

Secondary, I think the ‘non-academic’ aspect as well – getting to workshops on personal branding, those interviews to learn how to apply, self-awareness based on personality tests, … At the time we thought ‘this is not the best’ but eventually what you see, what you get back out of it, it’s so valuable. You really learn a lot about yourself and that’s also something that I really valued on Solvay.

There’re many other things that stood out. Like, we had a trip to Poland with some of the Solvay students, we had several housewarmings, the overall atmosphere… I mean… We joked around a lot, which was nice sorters, it was a good atmosphere but, in the end, I cannot comment to much because some things should remain secret for sure (laugh)! No, but I can say that the Advanced Master really was an investment on myself, that accelerated my career from the start. Solvay is the business school to learn from the best, to work on yourself and really to create a growth mindset that you will benefit from in your further life. Sure.

Is there something you enjoyed less during your study? Something you would change or add?

Well again, as I mentioned before, Solvay is really what you make out of it, yourself. For instance, I became the ambassador for a global talent summit in Berlin. I had to go there during a week, to set everything up, to make sure that we were able to host that event. It was actually an event where Europe’s larger start-ups like Gasper, Rocket Internet, Soundcloud, all those companies, come to hire people from a talent pool where all the best talents from the business schools from Europe are gathered. So, I had some international exposure.

According to you, why should somebody follow an Advanced Master at the Solvay Brussels School?

I think that the leaders we learn from, that’s impressive! So, of course, people are exceptional! You see people from Procter and Gamble, McKinsey, … There’re so many people to answer, to call out. Even if you want to start your career in consulting, public sector, private sector, or start your own business, people that you will be teach are… They have such an extensive network that you can leverage. You can just talk to them and they will help you and… You already be able to lean so much about the companies, before you are applying. That’s one.

I think, two as well, the network that you gain is impressive.

The network that you gain is impressive because it’s a big family. Even now in my career, I meet people at certain tech companies like Apple, like Facebook, … They come, I mean… Former Solvay. We reach out. Most of the time, we just check up, to see if there’s anything we can do for each other. I was positively surprised by the reach that we have as a, I mean, “Belgian small university” of business school, I would say. So, it’s great!

Third, another reason is actually the personal development which is super important because you learn so many things about yourself, that you were not aware of.

Can you give us 3 adjectives to describe your one year at the Solvay Brussels School?

I think that the first one would be ‘hard-working’, because it was a long year, it was a lot of work. You really put yourself on the limit. It was challenging, for sure, but rewarding.

Two is ‘professional’, because although we were still students, I think the way out the programme was set up felt really well organised, it felt professional. You raise your own standards because you feel that the programme is set up in that way, as well.

And third, I would say ‘international’, because you have the international mix of students, which… I mean, now you have an international trip but… It still gives you an international feeling, and really, something that sets us apart from the rest, as you see students from all over the world who whose Solvay as well. So, that’s great!

READ & WATCH THE OTHERS ALUMNI TESTIMONIALS: