﻿
Home › Blog › Leadership Summer Camp: Back to School for a Skills Booster 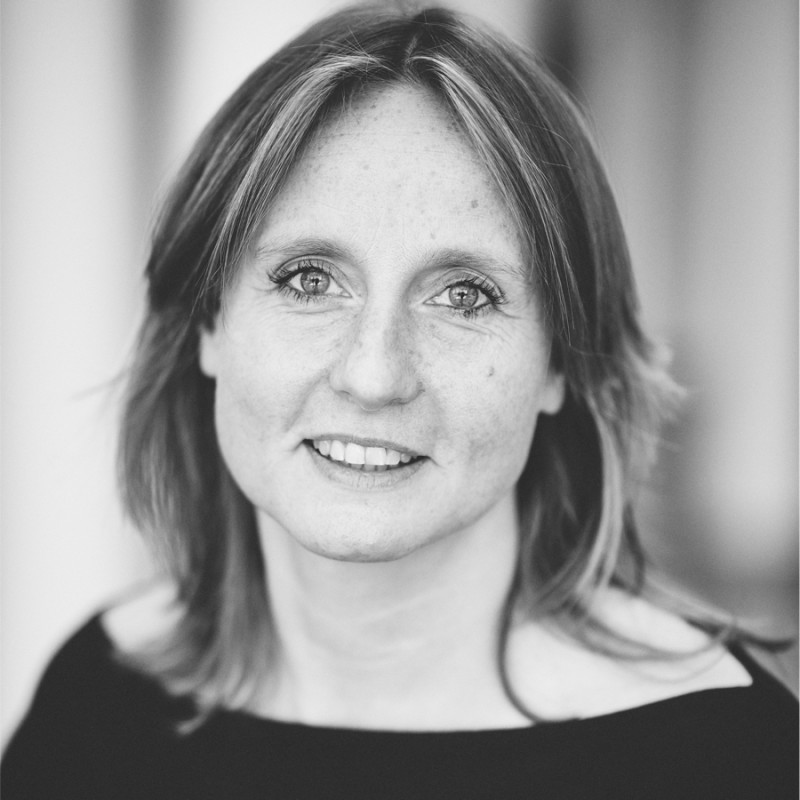 Leadership Summer Camp: Back to School for a Skills Booster

Summertime, and especially August, is usually a bit more laid-back in the corporate world. We thought it would be an ideal time for professionals to take a few days to hone their leadership skills and reflect on newly gained insights into leading themselves, their team and their organisation. So did our many participants.

After the successful first edition last year, we decided to add more focus to and increase the impact of the programme, so that participants could not only gain insights, but also work on business cases and practical exercises to put their newly acquired knowledge into practice.

We proposed 15 workshops over the course of the week. Each workshop lasted a whole day, and fell into one of four categories:

Like last year, the faculty was a mix of academic and professional profiles. Each session was designed around the core skill and passion of the trainer. We carefully selected the workshop topics with three objectives in mind: to provide valuable general leadership education, to delve into the most advanced leadership techniques and to allow introspection of the participants' leadership practice.

Recent evolution has highlighted the connection – or lack thereof – between body and mind as far as leadership is concerned.

That is why we wanted Manu Henrard to lead one of our workshops. Through his own professional journey, he has gained a lot of insights into the invisible link between our own body and the way we react to pressure:"We live in an age where knowledge is everywhere to be found," he says, "And most managers know where to find it. They have followed tremendous learning programmes that have given them extraordinary insights into how they can react to any kind of situation or develop coherent and effective strategies and lead themselves, their teams and their organisation towards the desired results. But somehow, they are a lot less effective at applying these learnings than they should be. Why? Because of their own internalised limitations and beliefs. That is where I like to work: to show people how their built-in embodied reactions can get in their way and prevent them from performing as they should do. The key is how we react to pressure: there are some phrases, some situations, that trigger subconscious embodied responses that act counter to our objectives. Let me take two examples:

1. I coached a woman who had recently been appointed to the Board of Directors of her company. She came to me because, in her own words, she felt “unable to deliver enough impact”. She could not get herself and her opinions heard. When we started working together, she quickly realised that once she was under pressure, some subtle physical sensations and emotions could lead her to a posture that was too retracted and defensive. This prevented her from projecting her voice with confidence, and at the same time made her less credible. Once this was clear, she learned a few techniques and practised these daily, which allowed her to step back from that conditioning and enabled her to increase her impact when talking to the board.

2. Another executive I worked with was literally on the verge of collapsing under stress, even though his peers and superiors thought him solid as a rock. We came to understand that his primary reaction when faced with increasing stress was to physically tense up and “brace for impact”. That gave him an outer image of great strength, and made people around him unable to realise the pressure was just too much.

In both cases, “pressurised” situations triggered an instinctive embodied response that in turn impacted the way these people interacted with their colleagues. They knew perfectly well what they had to do, but were unable to do it. That’s what my work is about: uncovering the “triggers” and helping people create a space between the moment they are triggered and the moment they react. In that newly gained space lies the ability to regain control of yourself and the situation and craft a more appropriate response. Consistent and focused practices then make it possible to consistently and reliably access this powerful new behaviour under pressure."

How can we create a collaborative organisation?

Another very contemporary leadership topic is organisational transformation. Moving from traditional command-and-control structures to what is commonly called ‘collaborative organisation’ is far from easy.

Which is why we asked Robert Collart, who wrote a book on this subject, to lead another of the Summer Camp workshops. ‘I am convinced, and so are many senior managers who took part in my workshops, that moving to a collaborative organisation is unavoidable: millennials are entering the workforce in droves, and this generation has a collective set of values that collide with the pyramidal worldview. As society is evolving, companies will have to change the way they work and leaders will have to adapt their leadership style if they want to attract new talent. It is easier said than done, though. Moving away from the old pyramidal structure is a challenge, and there are two reasons for that,’ Robert Collart emphasises. ‘The first one is that we are so immersed in that system that it is really hard to think differently. Our school system, for example, is a constant reinforcement of the pyramidal system we have to go through from our early years until college is over. The second one is that there is no obvious pathway to change: moving to a collaborative organisation implies that it starts from the bottom up, and not the other way around. There has to be a buy-in at all levels of the organisation. That being said, some new approaches to structure have proven their worth, and this is what I am discussing with the participants."

Talking about buy-in, Frank Mathues, another of our trainers this week, has a rather radical vision of change management. "The very term “buy-in” means that you are somehow “selling” something to your colleagues. And selling means you get back to a top-down approach: I have designed a new structure and I am “selling” it to the workforce. We have to move away from that mentality and accept that new structures are co-created. It is better to have something that is somehow 80% of what you had in mind, but with which 80% of your colleagues agree, than something that is 100% in line with your thinking but has poor support inside the organisation. This is why I prefer to say “be-in” than “buy-in”. People have to be in with you on change. And as a leader, you have to be 100% convinced that organisational change will be a good thing. There is a challenge at that level, too: you cannot hope to take people on board with you if they sense you are not totally OK with the new journey. But change does not mean starting from scratch: most of the time, 80% of what you need to do to move forward already exists inside the company. The potential is there. Which is why I like to tell leaders and their teams to ask themselves three questions: what should they stop doing? What should they start doing? And what should they do in “fast-forward mode” – in other words, what are they doing right but should be doing more often and faster? To answer these questions, you have to bring everyone on board and foster exchanges that do not normally happen: you have to build small groups that are composed of people from all hierarchical levels, from top directors to factory workers. And get them to talk together and exchange: they both have a lot to learn from each other, and their ideas can cross-fertilise to generate tremendous change potential.’

As far as change is concerned, the rise of women in the corporate hierarchy is also a very hot topic. We have long known about obstacles such as the ‘glass ceiling’, but the real hurdles lie in everyday corporate life. And to overcome these almost invisible obstacles, the first step is to make them visible to all.

This is what Karine Becker has talked about in her workshop. ‘Women’s empowerment is a huge cultural change. And culture is so ingrained in us that it is sometimes difficult to see it at work. This is why I am strongly against pointing fingers as far as female leadership is involved. From an early age, boys and girls learn to be boys and girls. Allow me to be somewhat simplistic: boys are encouraged to take their bikes and explore nearby streets and woods, while girls are encouraged to stay near their home. Boys are expected to be noisy, to argue, to assert themselves, while girls are taught to be more reserved. These acquired attitudes have an impact in the everyday work environment. It is more natural for a man to express his ideas assertively in a meeting, even if it’s not his turn to speak. Women find it more difficult to do the same. Besides, their voices are usually softer and higher-pitched, and this does not help either. Changing the way the workplace works means bringing to light all these subtle obstacles. What I often do is getting participants to role play situations, and then debrief them. In small groups, women then explain to men how their micro-reaction has put them off or discouraged them. Most of the time, men are not even aware of these micro-reactions, since they are their standard behaviour. But most men also want to change and treat women fairly. Talking openly about these micro-attitudes allows both sexes to better understand each other and this creates more space for women."

The feedback from the participants proves to us that the topics we selected for the Summer Camp workshops are really in line with their day-to-day concerns.

Anna Thomlinson, managing director at StartIT@KBC, attended four 1-day workshops. She summarised what she gained from them in a few sentences. "I started working as a manager among a group of managers. Then, a year ago, I became managing director. Anyone who has made that kind of change knows that you suddenly have to reposition yourself in the team, and to gain confidence from the team that you know how to do that new role. In the beginning, I worked mainly from instinct, and I wanted a toolbox I could use. But my team also looks to me for training, so I needed a more practical yet academically staffed or evidence-based set of skills that I could pass on to them. One of the workshops I took was change management, and the guy who was giving the session was a former CEO, but has also had years of training as a coach. It’s a fantastic combination. We had confidence that what he was teaching us was practical, was tested, but also the way he taught us was very active, very responsive and enjoyable."

Other participants also pointed to the diversity of the public: entrepreneurs, corporate directors, managers at non-profit or governmental outfits, all with various backgrounds and experiences. All agreed it gave a lot of added value to the sessions, as each participant contributed to the sessions and case studies from his or her own experience.

The cherry on the cake: the people that came for several days – roughly two-thirds of our participants – all appreciated having enough time to network and build new connections. A very meaningful way to end the summer, prepare for the last quarter and continue to invest in a life-long learning journey - because when it comes to leadership, you can still learn every single day.

Sign up for the Leadership Summer Camp 2020 early bird release!

More info on the programme : Leading Authentically in Digital Times